Going the extra mile And more

Only those who will risk going too far can possibly find out how far one can go.

From a humble beginning as a restaurant in Aurangabad, Madhuban has grown into the thriving venture it is today. The restaurant that began in 1997 has become one of the major landmarks in Aurangabad under the dynamic leadership of Mr. Anil Dhawale. It is his vision that has brought Madhuban beyond the horizons of Aurangabad and helped it become a prominent brand in Pune's real estate sector. His constant pursuit of growth has aided Madhuban into other industries and thrive with innovative business models. However, for Mr. Dhawale, monetary success comes second; it is the relationships creaated and the lives touched that matters the most. His truly altruistic attitude is embedded deep within the company values and that is why each and every employee strives to go beyond to make a difference.

Vision is a destination, a fixed point to which we focus all effort.

When we set out on the journey of carving our name in the business world, we were focussed on carving our niche through impeccable quality and service. In this journey of a thousand steps, our moral compass is what has guided us to get this far and become successful. Our innate desire to connect with people through uncompromised honesty and genuine care towards welfare has given us opportunities of growing together and prospering through possibilities that weren't even imagined. This discovery has helped us become who we are today and guides our compassionate journey towards the future.

Creating an enterprise that prospers through nurtured relationships and happiness of every stakeholder.

For a long-lasting growth, we must never stand still. We must be foresighted to see all the business opportunities on the horizon and adaptable to grab these opportunities.

Even the most common notions and methods can be improved if we probe deeper with a will to improve and courage to take chances. We must never accept anything just the way it is.

The crux of everything we do lies in creating a better tomorrow for every life we touch. Welfare and happiness of everyone are the guiding principles that shall take precedence over any other.

We will never be satisfied with just exceeding expectations. We believe in achieving perfection and we will never settle for anything less.

Everything worth achieving comes only with consistent efforts and dedication. We aim to be the masters of every field we delve into and we will get there through constant unwavering commitment.

The Journey Of The Founder 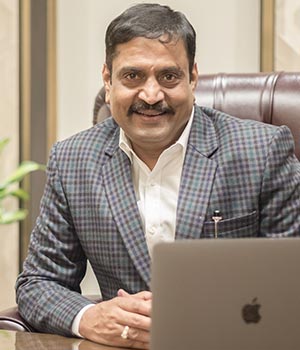 Mr. Anil Dhawale was born in a modest family on 2nd May 1965 at Kasabkheda (Dist. Aurangabad). In 1985, he completed his graduation in Industrial Chemistry and started his career as a Production Assistant at Sapna Mats. He went on to become the Plant Manager at the company.

In 1997, he started a small restaurant in Aurangabad that offered excellent food and a complete family experience. The restaurant soon became a landmark in the area and lead to the beginning of new ventures by the Madhuban brand in the hospitality and real-estate sectors.

Mr. Dhawale's Management Mantra has always been 'What counts is not the number of hours you put in, but how much you put in the hour?. He has used it to inspire and drive his team, guiding them to innovate and build world-class residential and commercial projects in Pine and beyond.

In an effort to give back to society, he provides scholarships to less fortunate students, supporting them to reach their full potential. Shri. Dhawale has been happily married to Swati and has two children. His daughter Prarthi passed her Chartered Account (CA) examination at a very young age and joined the business. His son Parth has also joined the business upon completion of his master's degree.

Mr. Dhawale is known as a person who is always willing to help others. His humble and friendly nature has won him the respect of many people. 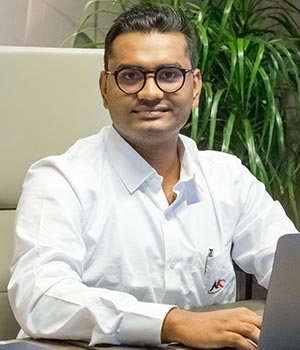 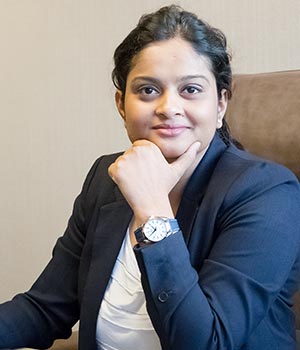 Having grown up with the perfect entrepreneurial role model, both the children of Mr. Anil Dhawale have been groomed to take on the mantle of leadership to take the business forward. Under their contemporary vision Madhuban is carving a new path for itself. A firm believer in employee welfare, Ms. Prarthi has constantly made efforts to create more opportunities for the growth of the employees and for empowering them towards a bright career path. Mr. Parth brings a tech-savvy and innovative approach to t he table and under his guidance, the company has become more innovative. This has in turn helped the company become more efficient and stay 2 steps ahead of their competitors. The deeply embedded value of compassion reflects in the vision and actions of these young leaders. The CSR activities for the preservation of natural resources as well as various drives towards empowering the underprivileged people in society are a perfect reflection of their core values.